The evolution of jewellery dates back to more than 25,000 years ago when jewellery pieces were worn for protection against demons, bad luck, and illnesses. Over time, the purpose of jewellery evolved to symbolise love, wealth, and status. Now, Haute Joaillerie continues to thrive despite financial insecurities and fluctuating global markets in 2022.

From powerhouses like Cartier and Dior to Bvlgari and Piaget, high jewellery has revolutionised luxury into a timeless elegance. In this modern age, we’ve seen the transformation of high jewellery in all forms to reflect the progression of the everyday, modern woman. Gold body chains adorning bare midriffs and layered necklaces to accentuate a pristine décolletage, jewellery has evolved as women have — with nothing but confidence.

The most expensive jewellery in the world is not only measured by its materials or branding but by the craftsmanship that comes with each signature piece. High-end jewellery is an art that inspires imagination and strives for the symbol of success. What was once an object of beauty has long been extended to expression and status, more of the latter than the former, especially when we’re talking about luxury jewels. True haute joaillerie can withstand the test of time. 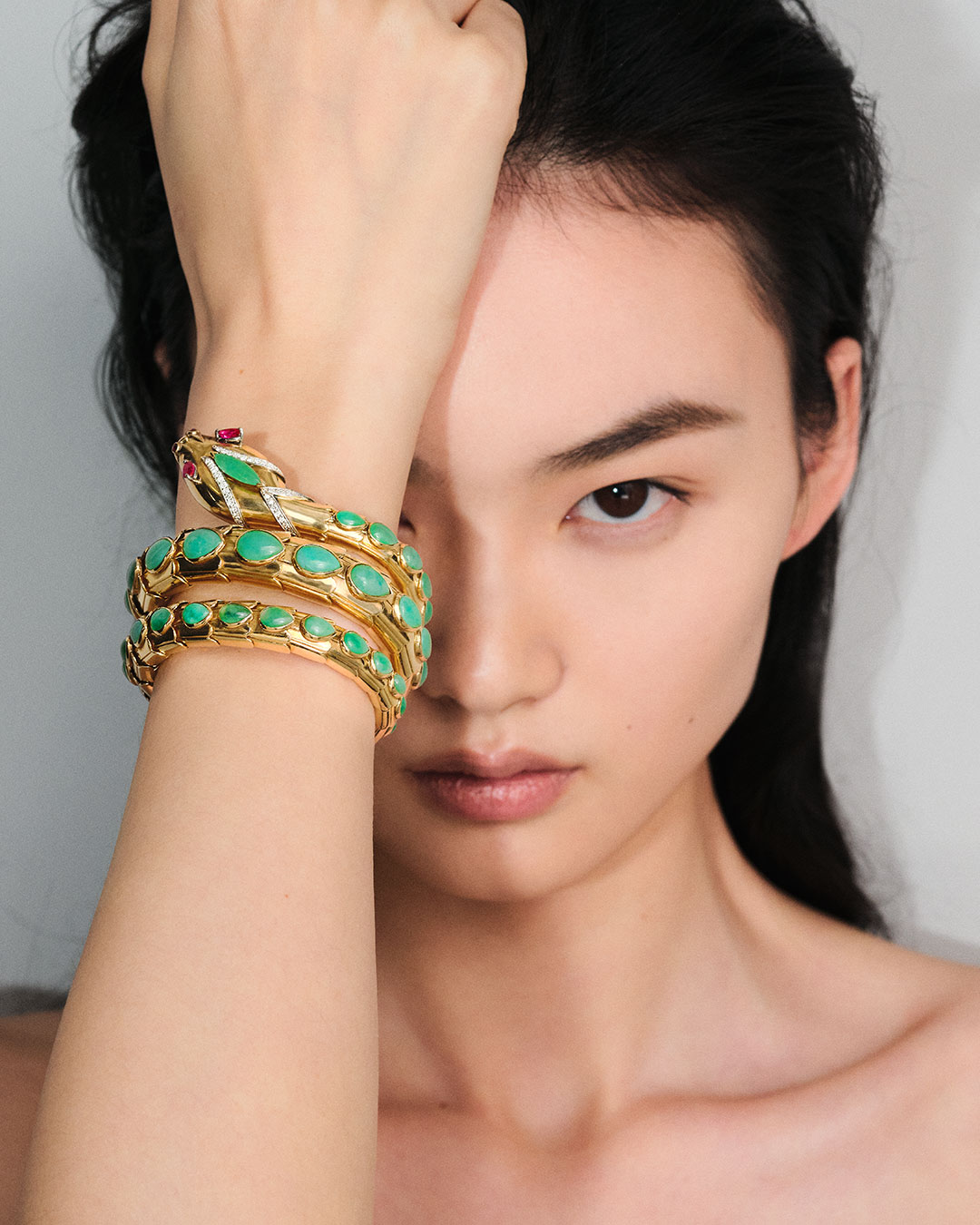 Sotirio Voulgaris’ origins of an exceptional silversmith in the Pindus Mountains of northern Greece expanded to opening his first store in Rome in 1884, creating what we now know as one of the most influential brands in luxury jewellery, watches, and fashion; BVLGARI.

From the 1970s to the 2000s, the exponential progression BVLGARI allowed the brand to compete on the world’s stage in the high-end jewellery industry. With celebrity devotees like Sophia Loren, Audrey Hepburn and Elizabeth Taylor, and a lineup of retail stores opening internationally, BVLGARI became the trailblazers of haute joaillerie, and is now known as one of the best watchmakers in history.
LVMH Moët Hennessy Louis Vuitton acquired BVLGARI in 2011 for $6 billion USD, the highest the company has ever offered any other company. Known for its impeccable craftsmanship and vibrant gemstones and diamonds, BVLGARI continues to create unforgettable, timeless accessories that are sought after by those with wealth and status. 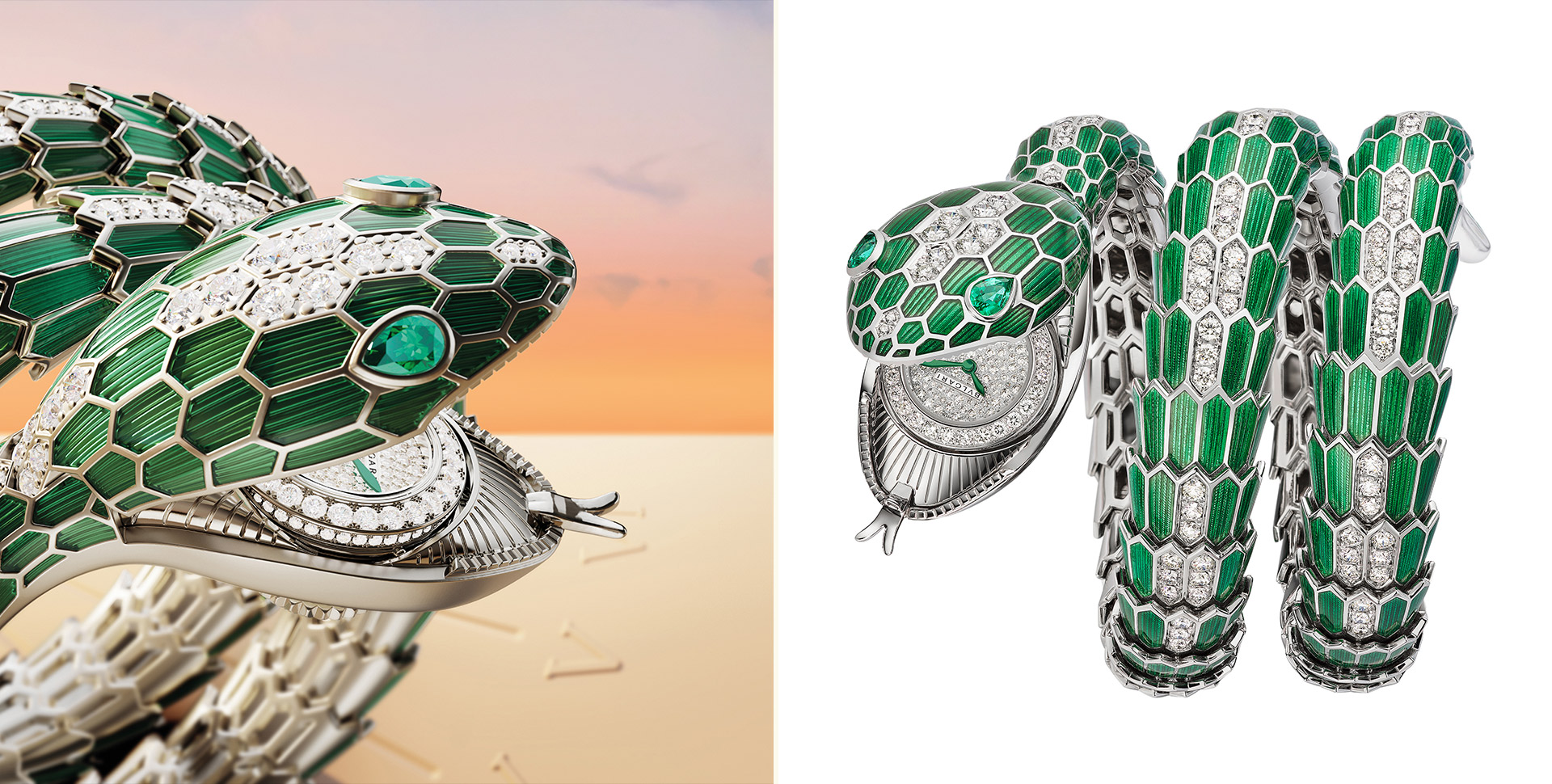 One of the most expensive and timeless collections of BVLGARI would have to be the Serpenti collection. A vision inspired by Greek and Roman mythology, the Serpenti collection is an iconic representation of wisdom, life, strength, and seduction, much like the serpent in these folklores. Preserving the mythological sentiment of the serpent, the brand created iterations of this magnificent collection to be dangerously alluring, attracting the most famous celebrities around the world.

Over the years, the Serpenti collection expanded to include watches, rings, bags, and more. Despite the fast-approaching modern era, the BVLGARI Serpenti collection remains true to its core, safeguarding the symbolic serpent in every design while redefining the aesthetics and style to not only reflect the evolution of women but also transcend the bounds of high-end jewellery in the modern era. With each gem intricately cut and crafted to fit the detailing of the jewel and specifically designed with glamour and comfort, the BVLGARI house makes every piece feel like a subtle and glorious second skin.

Using only the best cut gems and 18-karat gold for its collection, BVLGARI powers through a new age with contemporary and sophisticated designs while preserving the root of its traditions. Inevitably, it continues to be one of the most well-known and prestigious luxury brands in history.