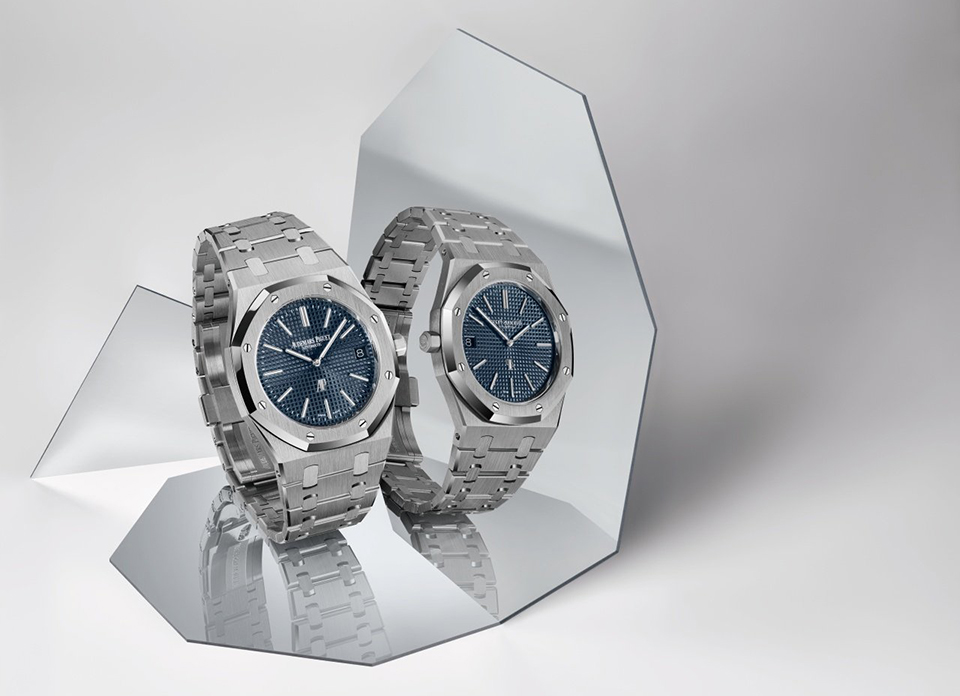 With a new year comes new creations and new editions of the finest, luxury watches that iconic Maisons like Chopard, and Audemars Piguet have to offer. Despite the increasing fluctuations of the global market, watchmakers are continuing to strive for excellence through exquisite horological designs.

With Audemars Piguet preserving refined traditional watchmaking practices, and Chopard playing the perfect all-rounder, the world of watches has some exciting masterpieces coming its way.

Without further ado, here is a list of the best watches that are radiating the path of 2022.

Let’s kick off this list with one of the most powerful and reputable luxury brands in the world of watches,  Audemars Piguet. The luxury brand known for its legacy of greatness released a slew of creations, some brand new while others are iterations of the iconic classics. As the go-to choice of the world’s socialites, superstars, royalty, and A-list celebrities, Audemars Piguet remains the oldest watch manufacturer still run by its founding families, currently led by Jasmine Audemars. For these reasons, it’s no question why Audemars Piguet is one of the most sought-after and revered luxury watch brands around today. This year, to celebrate the 50th anniversary of the Royal Oak collection, Audemars Piguet released several new iterations of this classic masterpiece.

The jewel in the crown of Audemars Piguet's extensive watch catalogue, the Royal Oak collection, has gone through a makeover to celebrate the 50th anniversary of this quintessential model. The Swiss manufacturer has dropped a timepiece that features a new selfwinding, extra-thin movement, Calibre 7121. The timepiece intends to pay homage to half a century of Royal Oak design innovation, and its refined contrasts, materials, colours and dial animations are reminiscent of previous Oak designs since 1972. All of the Royal Oak models for 2022, with the exception of existing perpetual calendars, will come with a special oscillating mass, visible through the caseback with a cut-out that says “50 Years.”

It is the first time since 1972, that this model has a new self-winding hour, minute and date movement, replacing the Calibre 2121. The new iteration is slightly larger, measuring 3.2 mm, and is newly equipped with a rapid date-corrector. It now has a larger barrel with more power for more precise timekeeping over a longer period of time. Five years in development, it now has bidirectional winding, a balance wheel fit with inertia blocks to avoid unnecessary friction and comes with a patented extra-thin low-energy date-setting mechanism. Finally, it has been finished to high-horology standards with Côtes de Genève, Traits Tirés. 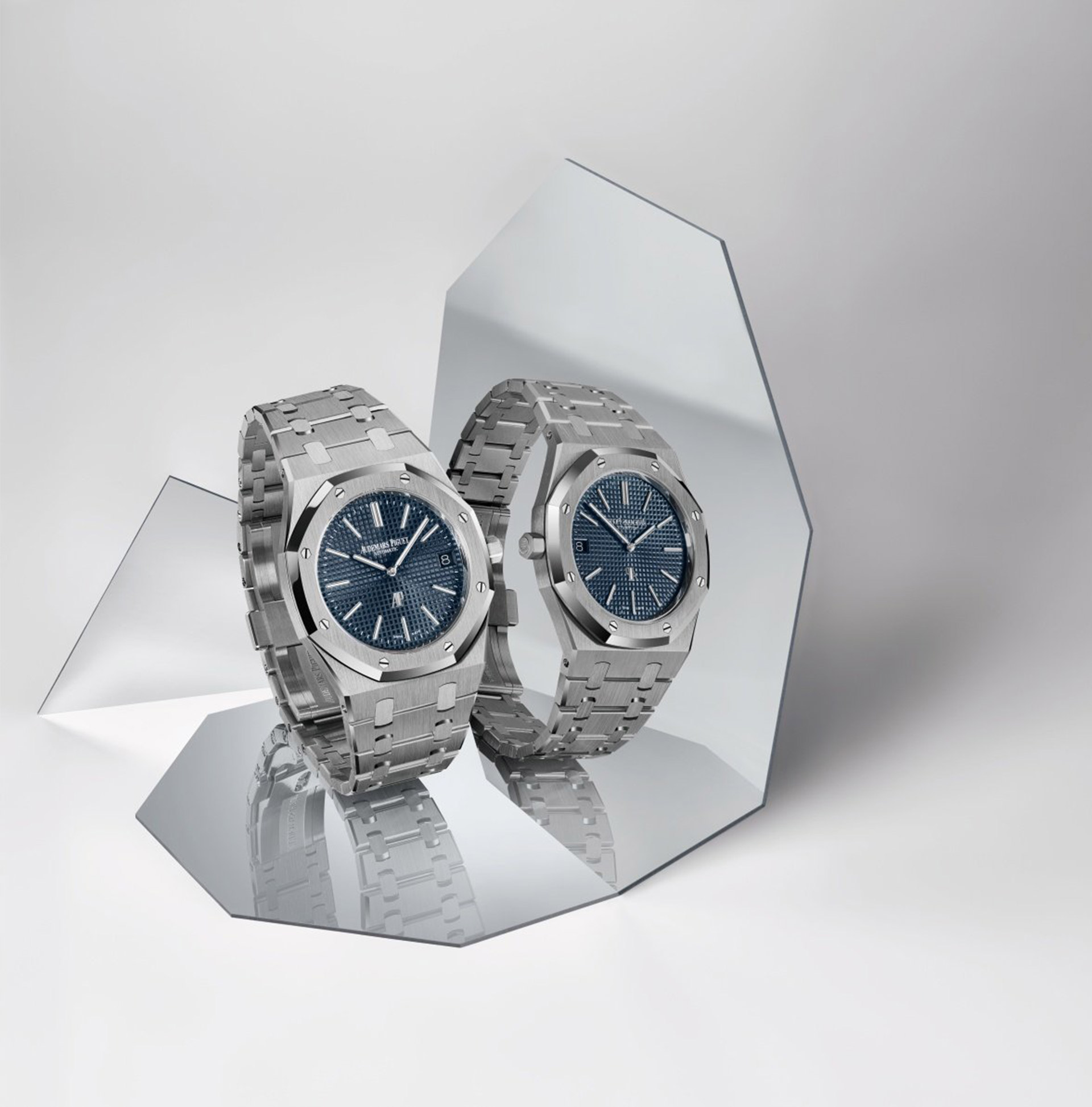 The hand-finished Audemars Piguet Royal Oak Flying Tourbillon Openworked comes with an openworked movement, which is housed in a two-tone case impressively interweaving 18-carat white and pink gold. On the back, there is a double-curved sapphire crystal, which has an arched profile that in turn plays with depth, perspective and light, meaning the watch looks a little different from every angle. Audemars Piguet launched an openworked tourbillon for its 40th anniversary in 2012, so the company felt it needed to up the ante for the Royal Oak’s half-a-century milestone. With this new edition of Flying Tourbillon that features bridges both vertically and horizontally to create a beautiful 3D effect from all directions. So, how many will be produced? Bennahmias says they will make just 125 pieces this year and will follow with 80 pieces in 2023 and 45 in 2024. 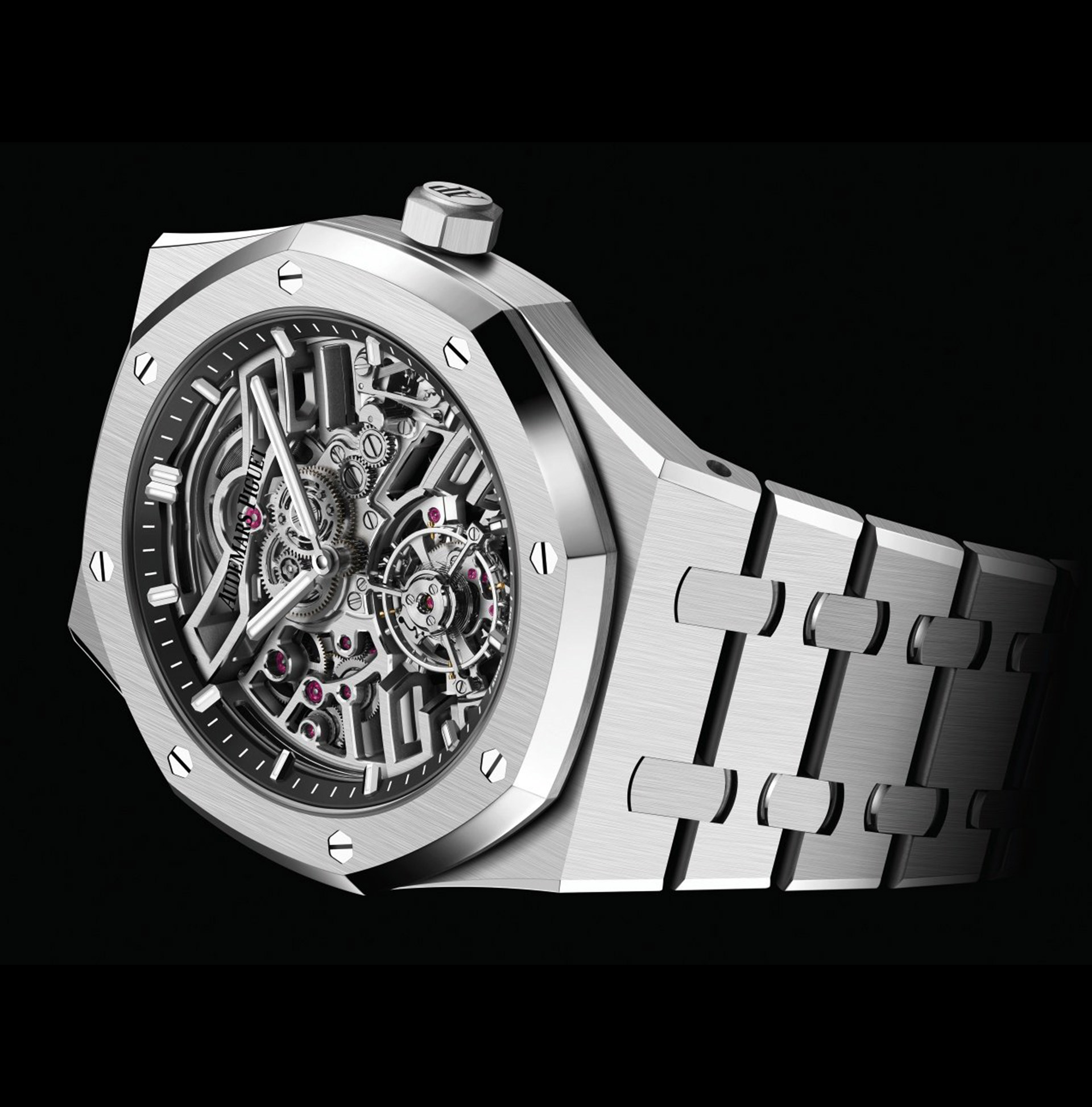 For those who are unfamiliar, L.U.C. is the initials of founder Louis-Ulysse Chopard and is the designation given to watches produced at the brand’s high-end manufacture in Fleurier that opened in 1996. The L.U.C. Flying T Twin was originally released in 2019 with the brand’s first automatic flying tourbillon. Now, Chopard has unmasked a follow-up redesign of the original in a white-gold case with solid gold dial done in blue with honeycomb guilloché. The new Flying T Twin features an ultra-thin stop-seconds tourbillon and a movement that is both COSC-certified and bears the Geneva Seal. Limited to 50 pieces, this watch is a testament to the Scheufele family’s investment in Chopard’s L.U.C division. 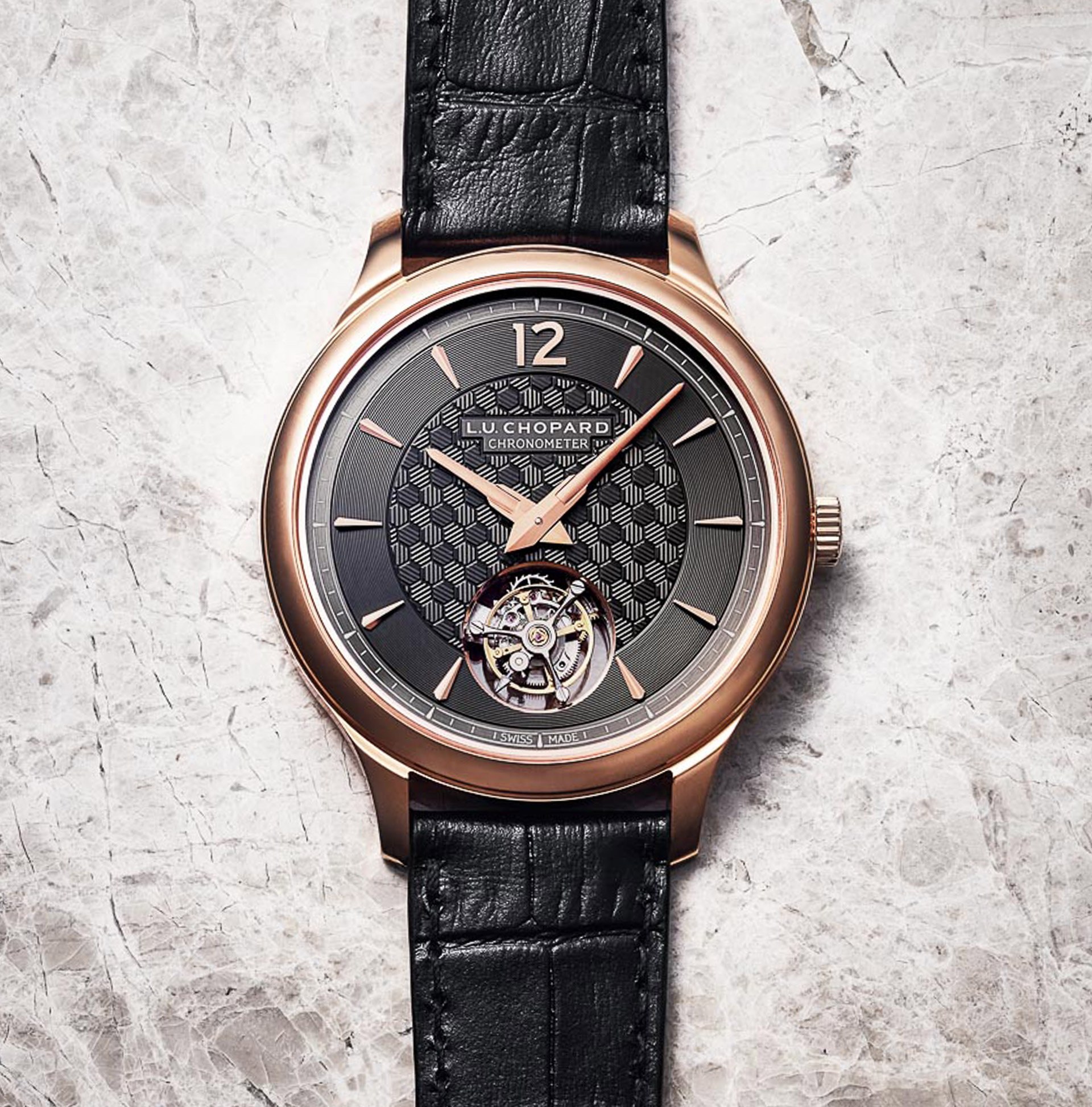 While the tourbillon and movement will initially garner the most attention, the dial warrants praise of its own. Since its inception, Chopard L.U.C has been making dials out of solid gold for select pieces by partnering with Metalem, who is among the top dial makers in the world. The dial of this L.U.C is done using guillochage, or better known as hand-done engine turning. The intricate, non-uniform honeycomb pattern here is drop-dead gorgeous, as is the very finely done circular pattern around the dial’s exterior circumference. The Chopard L.U.C Flying T Twin is an impressive timepiece of horology from a brand that has earned its place in Haute Horlogerie.

Chopard has established a strong presence by changing the Swiss watchmaking industry’s jewellery watches division with the introduction of the Happy Diamonds collection originally released in 1976. Since then, this notable creation has offered an opportunity for the very first time to view moving diamonds between sapphire crystals. Famous for its meticulous craftsmanship, the watches that come from this Maison speak of rich heritage and quality while enabling the free expression of emotions with their extravagant watches that are made with the highest quality of standards and resources. Today, the Chopard Happy Diamonds collection lives on in the watchmaker’s catalogue and continues to make an impression on generation after generation.